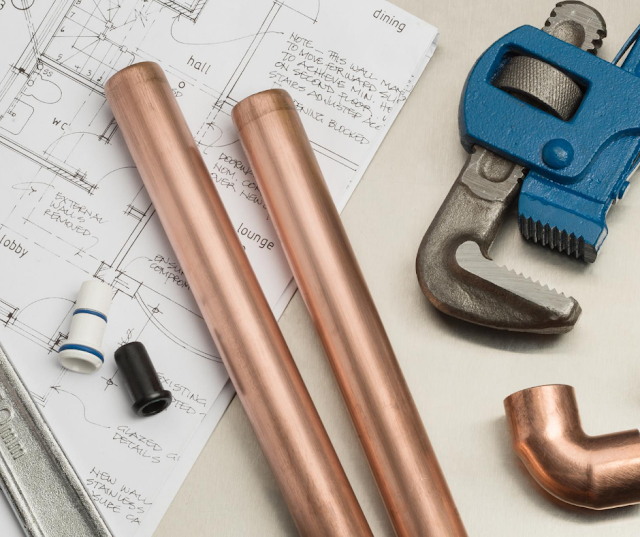 We use plumbing every single day, oftentimes in more way than one. Despite the importance and prominence of modern plumbing in our lives, many people don't know very much about it.Shakley Mechanical strives to educate our clients on plumbing, how it works, and the best ways to care for your residential and commercial plumbing. Are you interested in knowing more about your plumbing? If you answered yes, here are a few little known facts about modern plumbing.
1. If you have a leaky faucet that drips just twice an hour, in one week you will have wasted OVER one gallon of water.

2. There is a long time saying that if you are in the Southern Hemisphere, water will flow the opposite direction of here in the Northern Hemisphere. This is false! Water is free moving and can flow in either direction wherever it is in the world.

3. Standardized plumbing can be traced back to around 3,000 B.C. to the Indus River Valley civilizations.

4. The flushing toilet wasn't invented until 1596 by a man named John Harrington. His name is where toilets get the nickname "The John."

7. Ever popular characters Mario and Luigi from the Super Mario Brothers series are both plumbers. They are the most famous plumbers to date.

8. Albert Einstein was named an honorary member of the Plumbers and Steamfitters Union after stating that he would have chosen to be a plumber if he had to do life all over again.

9. The oldest known still standing toilet is over two thousand years old, and located in China.

10. The Tremont Hotel in Boston was the first hotel in the United States to have indoor plumbing. Plumbing was installed in 1829.

Caring for your plumbing isn't hard, but there are lots of things to know about your home or business plumbing needs. Shakley Mechanical makes it easy for you though. You can relax knowing your plumbing will be taken care of with our industry-leading team of plumbers.

Popular posts from this blog

March 12, 2020
As springtime is now nearly here, your plumbing needs a little bit of preventative maintenance to keep everything running smoothly now that we are starting to thaw out! Here are a few chores to add to your spring cleaning list! Drain Any Sediment in Your Water Heater Over time, sediment may collect in the bottom of your water heater. This can not only reduce how efficiently it works in the long run, but it could also mean an early death for your water heater. Draining your water heater can be a time-consuming process, and it requires a bit of knowledge. If you have never done it yourself, or you’re not entirely comfortable with how to do it, it is recommended that you call a plumber . One of the best plumbing tips we can give you is to make sure you are getting your water heater regularly cleaned. If sediment is left uncleaned, it’s very likely the buildup will cause the water heater to break entirely.  Turn the Valves and Check Your Outdoor Faucets Where there’s water,
Post a Comment
Read more

April 09, 2020
You are always looking for better, more environmentally-friendly ways to do things. You have a plastic bottle you reuse for your water, you faithfully separate your waste into recycling containers, and you compost the biodegradable waste. Why shouldn't your home be just as efficient? Shakley Mechanical is experienced with both Trane and ClimateMaster geothermal unit installation and maintenance. As we said in a previous blog, these geothermal heat pumps are extremely efficient. They can reduce your heating and cooling bills by up to 80%. These pumps provide: Home heating and cooling Water heating Radiant heating In this blog we are going to talk about Trane and their unique  EarthWise™  Geothermal System. A geothermal system works like a heat pump, only on a much larger scale. In cold weather, your home is warmed by heat brought in from the earth. During warm weather, your home is cooled by the movement of heat from your home back into the earth. With Trane, they off
Post a Comment
Read more

May 14, 2020
May is halfway over, and June is looming, along with the rising temperatures that go along with summer. If you have had a more difficult year financially, you are probably looking for ways to save money everywhere you turn, especially when it comes to your home. With summer on the horizon, here are some tips to help you save money on air conditioning costs. Whether or not your wallet is feeling tighter, these tips will help make your air conditioner be more efficient in the long run. 1. Use Mother Nature and plant some trees or shrubs. According to the U.S. Department of Energy, if you shade your air conditioning unit, it will work about 10% more efficiently. So go green and stay cool! 2. Curtains can help! It's always said during wintertime that the you lose a lot of heat through your windows. Well, a lot of heat tries to enter through your windows in the summertime. If your windows have curtains, they can help shield the inside of your home from the the sun's rays (and heat).
Post a Comment
Read more